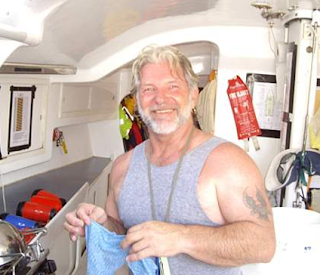 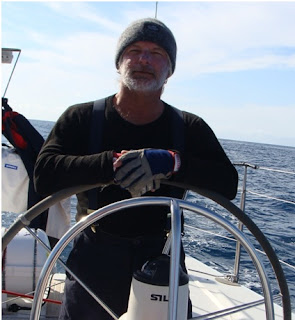 Al contracted polio at the age of one, and must wear a calliper in order to walk. It's more an inconvenience to Allan than a disability.

SWD is justifiably proud and excited that Al has joined the Sydney to Sydney Challenge World Record attempt.

Al joined SWD in 1994 and has racked up a lot of sailing experience since, including the 2003 circumnavigation of Australia, non-stop and unassisted, world record.

Al has also sailed lots of regattas around Sydney and many Airlie Beach and Hamilton Island Race weeks, Gold Coast XXXX regatta, Sunshine Coast Regattas, Cairns Regatta, and the Port Douglas Regatta.
Al is a great mentor to new SWD crew. His sense of fun and adventure has become infectious for many childrens on Winds of Joy sail days during SWD’s Northern Campaign along the NSW and Queensland Coast which he has managed giving back to the next generation the spirit of I can.

Having a disability, and not being a sailor, he believed he met the criteria and has been a member of SWD since its inception in 1994.

A man with an extremely dry sense of humour, who once yelled ‘bit of a man overboard’, when an unfortunate crew member found his prosthetic leg hurled overboard by a recalcitrant rope, he will be great for crew morale and a good hand at sea.
A

We interviewed Al last weekend about the Sydney to Sydney Challenge and this is what he had to say:

What’s exciting about the challenge for you?

"Firstly, it’s never been done before. And we get the opportunity to set a record. There’s nothing better than having a record somebody else has got to come along and break (Al was in the SWD 03 world record-breaking circumnavigation crew).

One of the interesting things, and one of the reasons I got into this in the first place, is that ocean racing or sailing puts us all on an equal playing field. The disability doesn’t exist as much on this boat as what it does on land. It’s a much better environment for me and I’m happy to be here."

A
Support SWD in the ASX Thomson Reuters Foundation raffle and help us raise funds to do more work with people with disability.