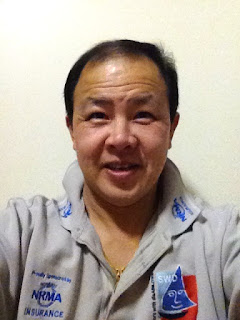 Nickname: Bertie or Bert
A
Age: 53

Position on Yacht: Mid bow – assist the bowman in regards to everything  on the foredeck.

Summary of Sailing Experience: Albert is perhaps the best advertisement for SWD and what you can achieve if you really put your mind to it. He is one of the original ‘cast members’ from 1994, when SWD was established.

Albert was a total sailing beginner when he signed up with SWD. He says, "I signed up for adventure and got one hell of an adventure. I love sailing because it is a sport where disabled people can actually compete on equal terms." 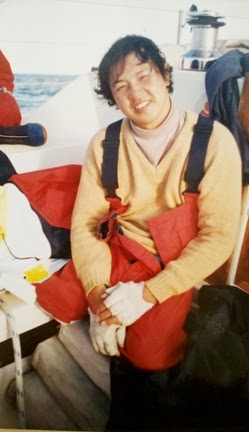 Since then, Albert has raced in numerous Sydney to Hobart races. He has also crewed in the Pittwater to Coffs Harbour race.

In 2003, Albert had the opportunity to be part of the SWD 03 Project team which took the world record for circumnavigating Australia, non-stop and unassisted.

A train accident, "it was February 20, 1983, and I was 20" he remembers exactly, robbed Albert of both legs at the knees while he was at university studying to be an Optometrist. The accident did not deter him however, and he currently runs his own optometriy practice in Sydney.

Having enjoyed competitive sport before his accident, Albert is keen on team sports. He represented Australia at the Sydney 2000 Paralympic Games in sitting volleyball. ‘A great experience, we had a youthful team,’ he says. He sees sport as rehabilitation and as a means of meeting people from all walks of life.

In 1994, Albert was chosen to race in SWD’s first Sydney-Hobart race, doing the race again in 1996, as well as numerous races on the northern circuit. Albert loves the camaraderie and fabulous team spirit among the SWD sailors.

Albert removes his prosthetic legs when sailing, and is more nimble around the yacht than most able-bodied people. His prowess on the bow has helped the various SWD crews to many victories and top placings in some of the toughest ocean races in the world.

Albert married ‘my beautiful wife Anne’ in 1998, and they have two boys: Jonathon and Mitchell.

We interviewed Albert last weekend about the Sydney to Sydney Challenge and this is what he had to say:

A
What’s exciting about being in the Sydney to Sydney Challenge for you?
A

"I’m looking forward to working with the team. I’ve always enjoyed working with SWD. They have such a great camaraderie. They’ve developed integration between disability and ability to try and make better society. And working with these guys is great. They understand what it takes to make an event happen.
A
I’ve done a number of adventures with SWD (including the 03 non-stop circumnavigation of Australia in which SWD broke the world record--and still holds it).
A
We grow our own strengths and learn to work with people and integrate together. We work as a team to work to the strengths we possess. I have no legs, as soon as I get on the boat my prosthesis or artificial limbs come off.
A
I have a low centre of gravity and I just stick to the deck. I can get in places which are small and access to places fast because of my proximity to the ground , that is a strength. Working with the team, I love the team and have great respect for the skills set of the people involved in this project."

Support SWD in the ASX Thomson Reuters Foundation raffle and help us raise funds to do more work with people with disability.