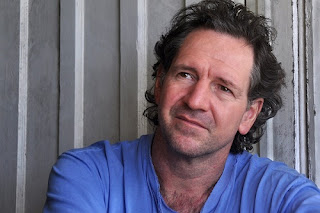 Likes: Maintaining a medium level fitness by riding his mountain bike on fire trails and going for a row in his single skull.

Dislikes: Mayonnaise! When will the food industry realize that mayonnaise is not the answer?

Position on Yacht: Sometimes on the foredeck, sometimes watch captain and helm--wherever Pesky puts me… I am happy to do anything so long as it is not at the top of the mast. 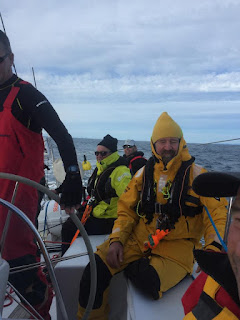 Mark has been sailing since he was about 12 years old on Flying Ants and NS14s. Mark went to Pittwater High School, which had its own Yachting World Diamond Class Yacht. He crewed on and skippered this yacht during his four years at school.

Since then, Mark has raced dinghies and open keel boats such as Lasers and Etchells.

In the last fifteen years he has spent time on board the offshore sailing yachts. In 2001 Mark joined the SWD crowd and has competed in twelve Sydney to Hobart yacht races either on Kayle or WOT EVA.
With SWD he has also competed in numerous Southport, Mooloolaba and other shorter offshore races as well.
In 2009 he met his current partner, while sailing in the SWD Hobart team, who came on board SWD as a novice in the SBS documentary and went on to come home from England in 2012 with a Paralympic gold medal in sailing.

Together they own a small 30 ft yacht which they sail on Brisbane Waters on the Central Coast of NSW.

Support SWD in the ASX Thomson Reuters Foundation raffle and help us raise funds to do more work with people with disability.